It’s been one year since I published my first book!

Reminiscence is celebrating its #Bookiversary today! I can’t believe it’s been a year since first publishing. It’s gone by so fast! And then to release the second book in the same year? How did I do that??? Now I’m maxing out my efforts to get book three ready by the end of 2018. I’d love a 12/29 release date…  🤞

To be fair, I did throw the Novelette release in the mix back in February, so I think I’ll be able to pull it off. For anyone who is anxiously awaiting the final installment of the Statera Saga, you won’t be disappointed! And I’ll do my best to get it to you as soon as possible! In the meantime, sneak a piece of cake to celebrate and tell your friends about the Statera Saga so they can catch up before book three is released!

Thanks for a great year, here’s to many more in the future! 🥂 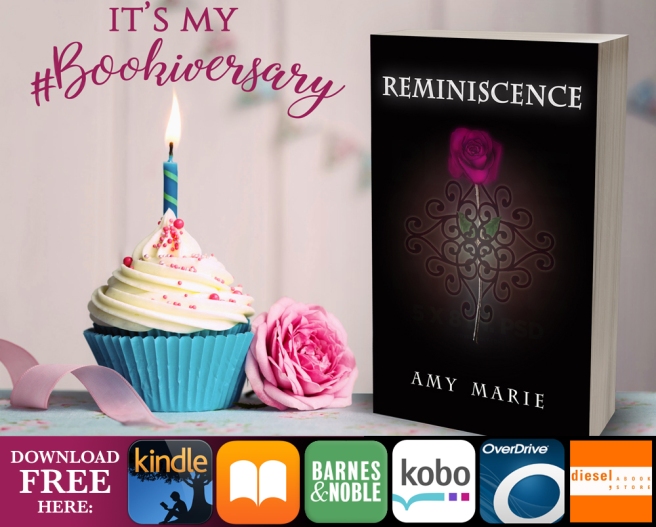 View all posts by amymarieauthor