I recently posted that I was trying out a new idea by creating a children’s book as a present for my nieces and nephew. Little did I know the pitfalls involved with such a feat! Let me start by saying that while I plan to put this book up for sale on my Amazon account, I don’t consider myself a children’s book author, so this might just be a one (hopefully) hit wonder. That being said, hiring a professional illustrator for a children’s book can be quite an expensive and exhausting ordeal. I had an idea that maybe I could find a student looking to expand their portfolio to draw for me as a contract job. Doing this would save me thousands of dollars that I don’t plan on getting back in sales, especially since this is more of a personal project.

The first contract illustrator I hired ended up selling me stock images from Adobe that she was passing off as her own. See for yourself, the image on the left is what the illustrator tried to sell me as my main character. The image group on the right is a result of searching cartoon chihuahua in Adobe’s stock images… does the bottom middle look familiar? Pretty unbelievable, eh? 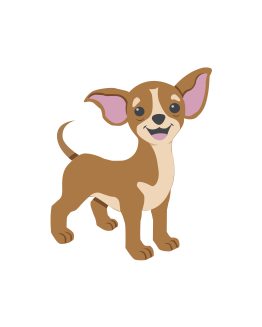 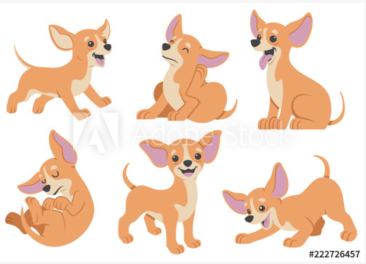 All I can say is… THANK GOODNESS I caught it! Lesson learned: Ask for sketches from the illustrator so you know the work is original and authentic. Low and behold, here is the sketch mockup for my children’s book cover starring the new, improved, and ORIGINAL, Brutus:

I think it’s super cute, and though I wish the cartoon pup looked more chihuahua-like, I’m thrilled that the artist knew to include my buddy’s signature floppy ear. I’m working with the illustrator now to iron out some design details, but the drawings are coming along and I think I’m going to be pretty happy with the results!

I’ll have the finished illustrations coming up in October, so look for the release of my children’s book ‘Brutus the Brave’ sometime this winter… most likely around Christmas since it’s meant to be a present for the kiddos! Perhaps it can be a good Christmas present for someone you know too!

View all posts by amymarieauthor